Welcome back everyone. Been a whole month since the last review and here we are again, with Torelli & The Fuse. Coming from Columbia, South Carolina this group has released two albums through Bandcamp. With some liberties taken from personal opinion, this band is reminiscent of the likes of Bastille, Sublime, and Death Cab for Cutie. It's relaxing, it's uplifting...it's a lot of things. Just listening to the first 4 tracks will make clear, this band strives for diversity. Some tracks you'll wanna dance and others, well, it's best to just relax and watch an intense thunderstorm. Chill. 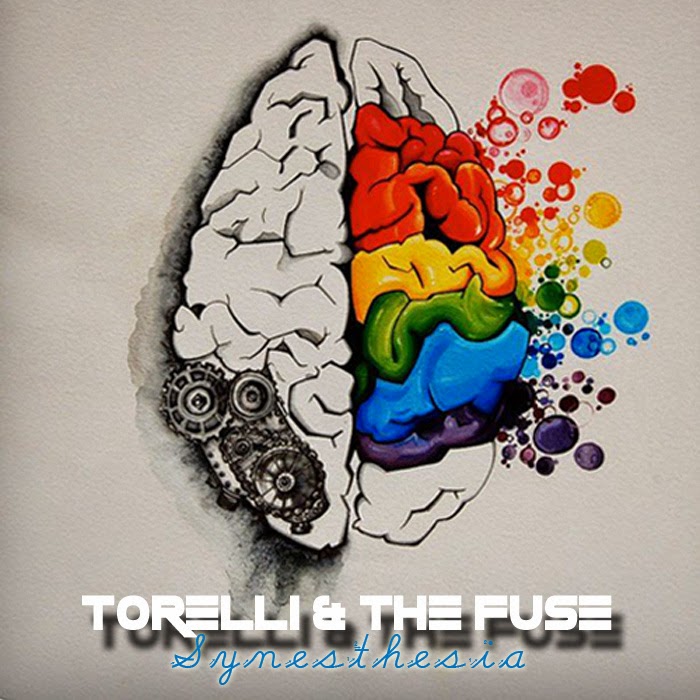 14 tracks. Well, first off, that must of been a hell of a time-consuming production process. There's a interesting uniqueness to each of the tracks. A story to be told, each one with a intriguing drop, verse or chorus. It's catchy. I quite like the "call and answer" vocals that happen in "Confrontation (feat. Nadia)". It's compelling, heartfelt, and well produced. The feelings behind it project two lovers who can't meet yet place voice messages to one another. But on another note, the next song after will have you grooving; featuring an intricate rap vocal artist. It's such a diverse collection. I can't place it but it's different. The group has such an engaging way of introducing new transitions and utilizing so many elements from so many genres...it brings some new and delightful to the table.

Some of the more chill tracks really showcases the best of what this album has to offer, and more importantly best represent the title, 'Synesthesia'. Check out "People". While it starts out with a reggae-ish feel, it suddenly moves into a more upbeat chorus. The snare is a little awkward in the beginning, it's like it featured some EDM artist in the middle of a concert to give a new feel and interesting change up; keeping people interested. While I do have a few qualms with that segment near the first minute of the track, this is a fun tune.

A couple of the production values irk me a little bit. As "Blame Game" would appeal to all big house aficionados alike, the chorus segments feel a bit crowded. The buildup is great but when the drop explodes, the breakdown following feels thin. I feel like a bit more stereo separation and more distinction between some of the channels of audio could've easily been fixed with a little more mixing work. At the 3:44 mark, it feels like the delay between where the song cuts out and comes back in was just a little too long. But that's ridiculously absurd nitpicking. However, where the song ends, feels like the most balanced mixing wise.

It's easy to see where the Torelli's strengths lie. Smooth guitar, acoustic drums, a little bit of electronic incorporation and a strong bass line. Like I said, it's extremely well done in those regards. Everything sounds as it should, and all the instruments play their part in the arrangement superbly. My favorite song on this album has to be "Wild". It has soft parts, loud parts, and it explains everything of what I just stated. Plus at 2:44 it has a sort of orchestral feel, which instantly has my thumbs up. It just goes to show, you should always listen to every song completely, you'll never know what the artist thought of next. The idea for an amazing part of the song could've happened at any point. You just have to hear it out.

This is an album made for the people who are open-minded about music, if you're a passionate lover of just one particular genre it could go one of two ways. You'll either be glad you tuned into this and heard something uncommon for the first time, or look away because it doesn't fit into your agenda of musical input. Personally, I like this album and I do believe it's strong enough to warrant a couple of listens, to tell your friends, and to like on some random social networking of your choice.

I'm glad Torelli & The Fuse caught my attention with this, Bandcamp is an amazing thing. 'Synesthesia' lives up to it's definition, taking a variety of influences and attaching them together in a way that proves to be as much as it is progressive wholly as it is conservative individually. It's fresh to my ears, I see great potential for this group in the future. Give it a year or two, you'll see them on the charts up there with the best of them. A few, weak production traits doesn't distract from the genuine musicality that's presented here.